The Schwinn Flying star was made twice by Schwinn. The first was from 1955 to 1958. The second version came in 1961 and only lasted one year. The Flying Star was a budget model for boys and girls. It has the unique distinction of having three different frame types (no bar, straight bar and cantilever) over the few years in was made. The Flying Star is equipped with the Bendix Multi-Speed hub with power brake, Schwinn 1.75” Tornado tires and Schwinn’s sturdy single-bar frame-- an outstanding combination for speed and dependability. 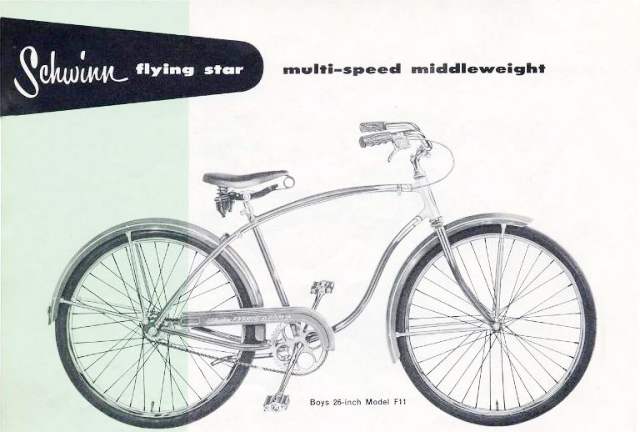 Here's an attractive middleweight with speed to spare- and at an amazing low price! 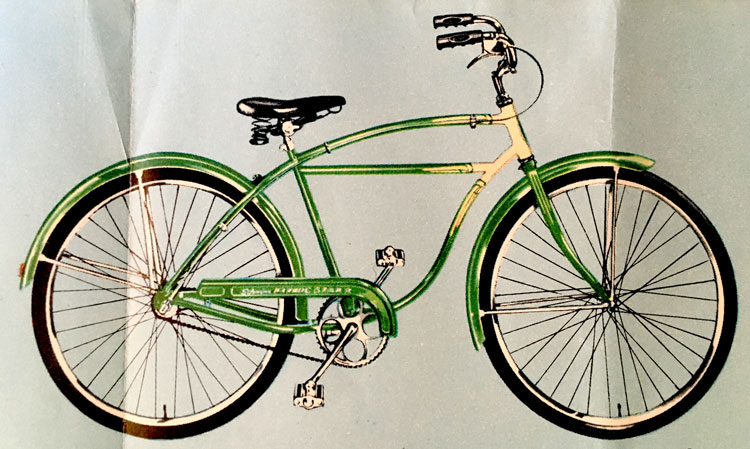 There was a version of the Flying Star shown in the 1956 Schwinn dealer catalog that had a straightbar frame: Speed to spare...priced with the lowest! I do not have access to a 1958 catalog to quote. The Flying Star was made in 1958 and it had a cantilever frame.

Back to Schwinn Bikes.